Climate change debate at the Embassy 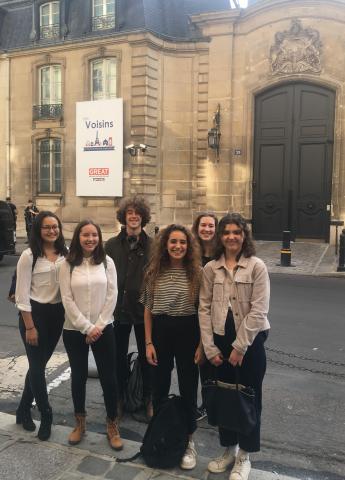 British Section students were invited to take part in a debate on climate change at the British Embassy.

British Section Terminale students were invited to take part in a roundtable discussion on the future of global climate change held at the British Embassy as part of Green GB Week, a British Government initiative to promote clean growth - economic growth through the increased use of low carbon technologies and the more efficient use of resources - and raise understanding of how business and the public can contribute to tackling climate change. Our students were able to exchange ideas with Archie Young, Head of International Climate Negotiations and Head of UK Delegation in the UNFCCC (United Nations Framework Convention on Climate Change) and Olivier Fontan, Head of the Environment and Climate division at the Ministère des Affaires étrangères.