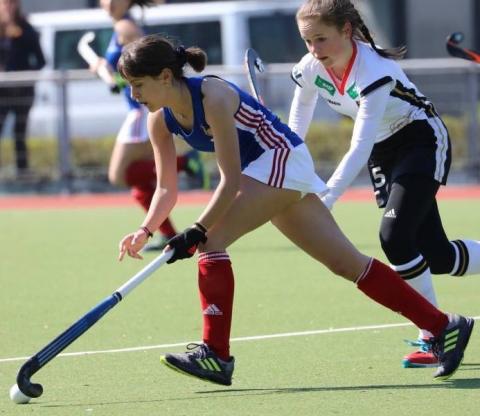 Congratulations to British Section Première student Delia Baudena who has qualified to play for the under 18 French national hockey team. Delia and the rest of the 18-strong squad were selected from a group of fifty candidates following a tough two-year selection process of not only physical, but also technical and aptitude, tests. Having set herself the ambitious goal of getting into the team when she started playing hockey, Delia wore the national strip for the first time in March 2019 playing Germany in a series of friendly Franco-German matches in preparation for the European Cup in Switzerland in July 2020. We wish Delia and the team the best of luck!