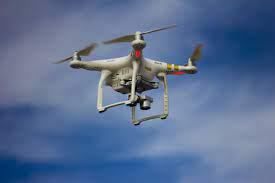 Congratulations to former British Section student Louis Sharma (T19) on winning a Silver Medal in the prestigious 2020 University Physics Competition. Louis was part of a team of three UCL Natural Sciences students who entered the competition with their paper on “Quadcopter Stability in Wind”. Almost 350 student teams took part in the international contest for undergraduate students, who work in teams of three at their colleges and universities all over the world, spending a weekend in November, 48 hours, analyzing a real-world scenario using the principles of physics, and writing a formal paper describing their work. The teams select one of two problems which this year were: “Ion Thrusters to Saturn” or “Quadcopter Stability in Wind”. According to an interview conducted by UCL, Louis explained that the UCL team chose the latter “because the technology of UAVs (unmanned aerial vehicle) is gaining in popularity; Amazon delivers some of its shippings using drones.” The problem specifically required the team to come up with strategies of steering the UAV so it stays within 20cm of a target location in windy weather. On top of this, the second-year students had to evaluate the greatest speed of the wind that a drone within given parameters could withstand whilst remaining controllable. “Our simulations showed that it heavily depends on the movement of the drone. It matters if it rotates, if it moves upwards and so on. We were kind of lucky as we practised on mechanical problems that were similar in nature.” – Louis admitted.

The team was mentored by Frank Kruger, Associate Professor of Theoretical Condensed Matter Physics at London Centre for Nanotechnology.

For more information on the competition, click here. Our congratulations to Louis and the other members of the team on their achievement!